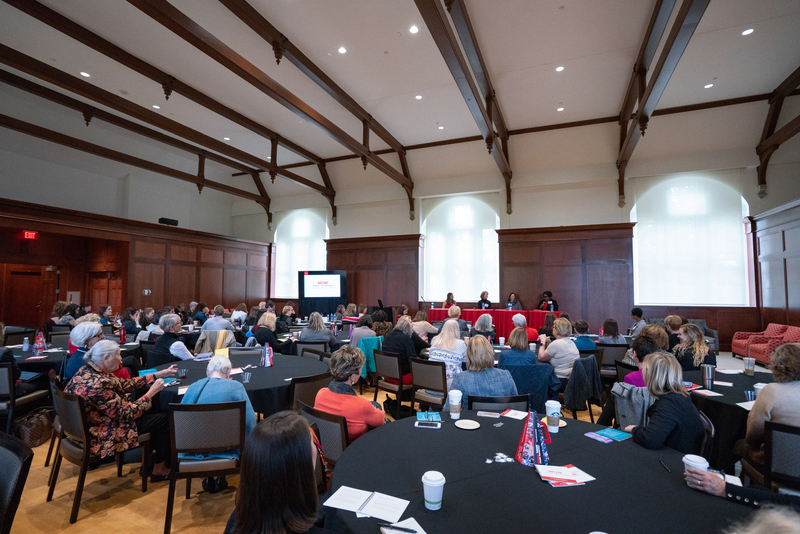 An event being held on the third floor of Merrick Hall, after the renovation. 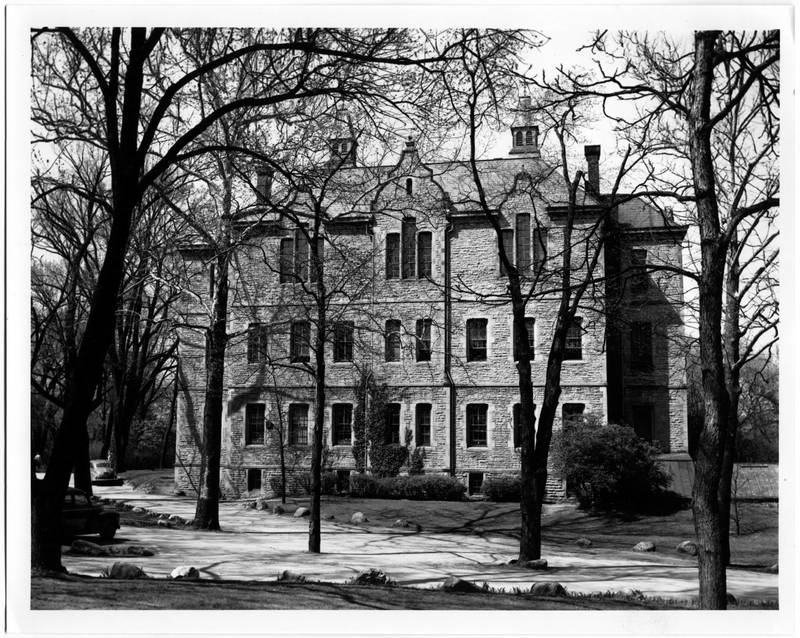 An image of Merrick Hall, close to when it was built in 1873.

Merrick Hall was built in 1873 as one of the first academic buildings completely dedicated to the sciences. Named after beloved OWU president, Fredrick Merrick (1876-1888), this building has held a variety of departments throughout its distinguished life. When it was used as a science building, it  included a museum on the third floor that contained a variety of specimens for students to examine. Later, it was used as an alumni center. As Merrick Hall aged it fell into a state of disrepair,  inspiring one student to describe it in the student newspaper, The Transcript, it as a home “for wayward birds” in desperate need of shelter rather than an academic building. In 2015 an anonymous couple donated the funds to renovate Merrick Hall. It was repurposed as a home for the OWU Connection, a resource for students writing grants and studying abroad. The renovation of Merrick Hall created state of the art classrooms and a conveniently located cafe in the lobby. According to current president Rock Jones the renovation  gave the space “new vitality”.