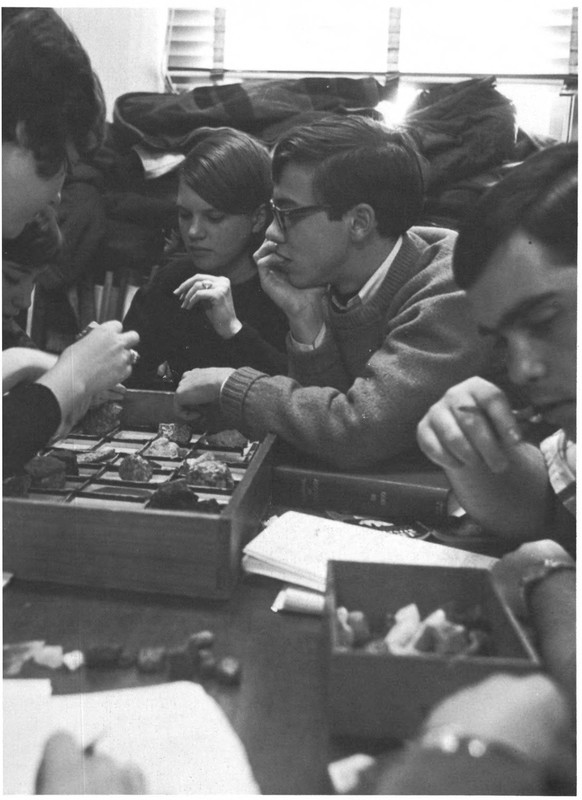 Geology is a subject that has been offered at Ohio Wesleyan since its earliest days. The discipline started to really come into its own in 1900 with Professor Lewis G. Windgate, who began to take students on field research trips around Delaware, as well as in Perry and Adams counties. These trips led to an impressive collection of local rocks and fossils. Ohio Wesleyan yearbooks from the 1960s refer to geology students as a combination of a laboratory scientist and a field researcher. They also cite society’s dependence on fossil fuels as a reason for geology’s importance. Geology students in the 60s also had numerous opportunities to travel to both local sites and far-flung locations for the sake of field research and study. Today, that tradition continues as the Geology-Geography department offers internship and research opportunities near and far.

In 1865, Reverend Hiram M. Perkins was appointed professor of astronomy and mathematics at Ohio Wesleyan. Perkins’ dedication to furthering the study of astronomy at OWU was apparent in his gift of the Student Observatory behind Stuyvesant hall. The donation of his life savings resulted in the building of Perkins Observatory, a second facility that was completed in 1924 after Perkins’ death. Largely thanks to these efforts, Ohio Wesleyan had better equipment and facilities for astronomy than most colleges at the time. When the 69 inch mirror of the original reflecting telescope at Perkins was cast in 1931, it was the third largest in the world. To help with the maintenance of the observatories and equipment, Ohio Wesleyan partnered with Ohio State University for six decades to create a shared astronomy program, with students taking classes at both universities. Although the original massive telescope is no longer housed there, Perkins Observatory today continues to be an immense resource for students to view the night sky.

Students and faculty in Modern-day greenhouse

The first Biology course was  offered in 1845 under Professor Merrick and was a required course for students majoring in classical, biblical, and scientific studies. Housed in Merrick Hall, the course became dedicated to building the herbarium, which involved the preparing and mounting of hundreds of plant specimens. The first greenhouse was established in 1895. While the greenhouse provided further coursework, the department had grown significantly by the 60s, offering lab courses in the physiology and biochemistry of plants. Today, the greenhouse is in Schimel Science Center and is actively used by students and faculty. 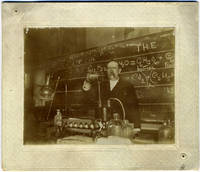 Since the beginning of the 20th century, Ohio Wesleyan has been a home for scientific development and discovery, as well as rigorous coursework. In 1893, Dr. William O Semans was one of the pioneering scientists to teach Chemistry at OWU, adding an additional course in Organic Chemistry. At this point, there was no main laboratory, only private offices for the professors. Semans’  influence added a level of rigor to the discipline. Between 1905-1929, George O. Higley added laboratory work to the courses and scientific equipment to the facilities, such as calorimeters and Bunsen burners. Ohio Wesleyan’s apparatus was as expensive as Harvard’s. OWU’s laboratories and instruction have remained comparable with other elite institutions despite the progression of technology and time. The 1962 Le Bijou commemorates the Chemistry department as one of the best among small colleges. Today, OWU continues to maintain rigorous coursework in advanced lab facilities.