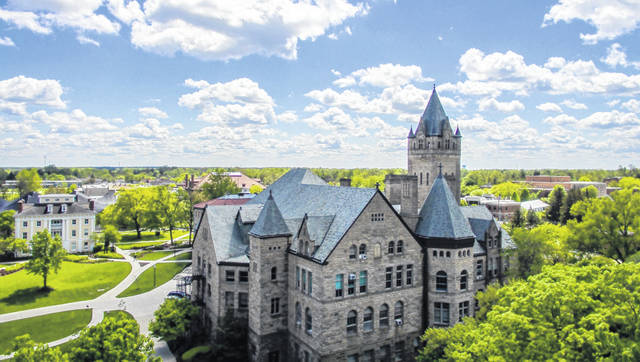 The buildings on Ohio Wesleyan’s campus play an important role in university life. The rich history of OWU is visible in its academic buildings, like Merrick Hall and University Hall, although their purposes and uses have changed over time. For instance, Merrick Hall has been transformed from the former science center to a modern classroom building, housing the OWU Connection offices.  SLUs (Small Living Units) in which students can live in houses based on their interests (like the Interfaith, Sex and Gender Equality, and La Casa houses, among others), have replaced some traditional dorms, like Monnett Hall. Although some of OWUs buildings have disappeared over time, several of the oldest buildings still stand and have maintained some of their original features, such as Merrick Hall’s facade and Gray Chapel’s interior. The combination of preservation and changes in the buildings and places at OWU show how the campus has adapted, while holding onto its purpose and tradition.