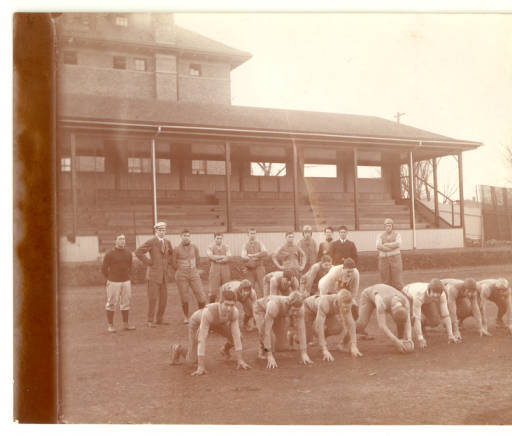 Edwards Field was an early part of the Ohio Wesleyan campus until the 1940s and 1950s. Branch Rickey Arena, which was opened during the 1976-77 season, was built on top of Edwards Field. It was named after Branch Rickey, an OWU alum from the class of 1904. Rickey is best known for helping Jackie Robinson break the color barrier in baseball in the 1940s. The arena is used for many purposes today, from basketball to the opening ceremony for incoming freshmen before the beginning of Camp Oh-Woo.

Although Edwards Field is no longer around, the name still lives on campus with Edwards Gym. Both were named after John Edwards, who served on the Board of Trustees in the late 1890s and early 1900s. The gym opened in 1906 and underwent a full renovation in 2012.