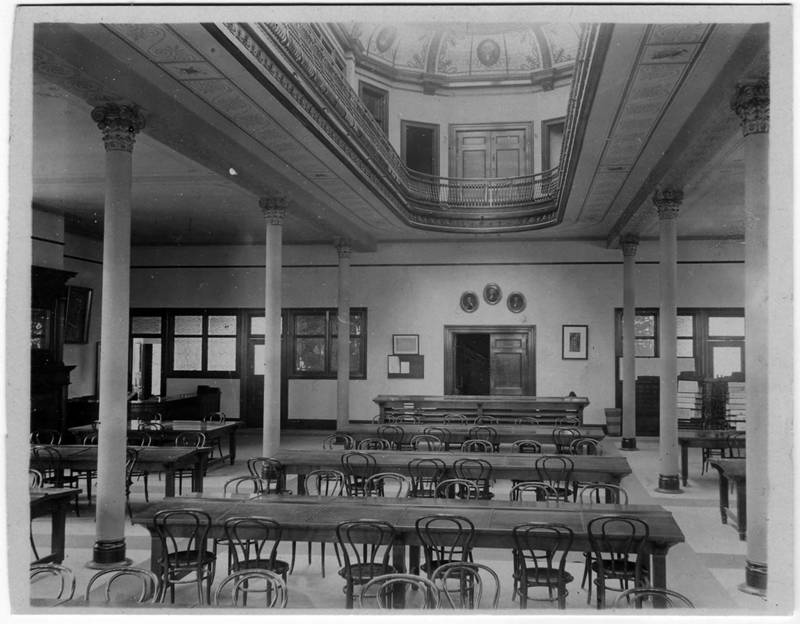 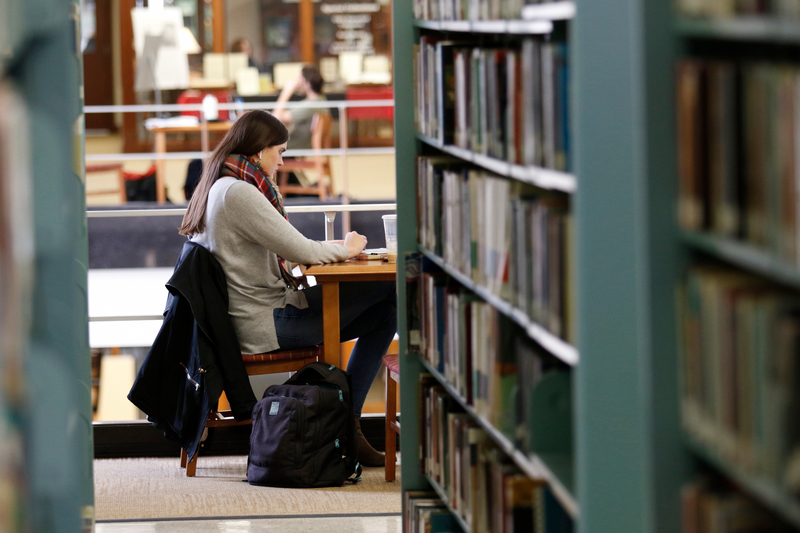 A contemporary view of a student in Beeghly Library

Slocum Hall was built in 1888 and served as the primary library at OWU for many years. It features a unique stained glass ceiling that can only be seen from the building’s interior. Very little has changed about the library itself except the student’s homemade engravings on its desks. For example, Slocum currently houses copies of the New York Times dating all the way back to 1924. Beeghly library was built in 1966 to allow the university to accommodate a larger student population. Students today have a choice of two libraries.