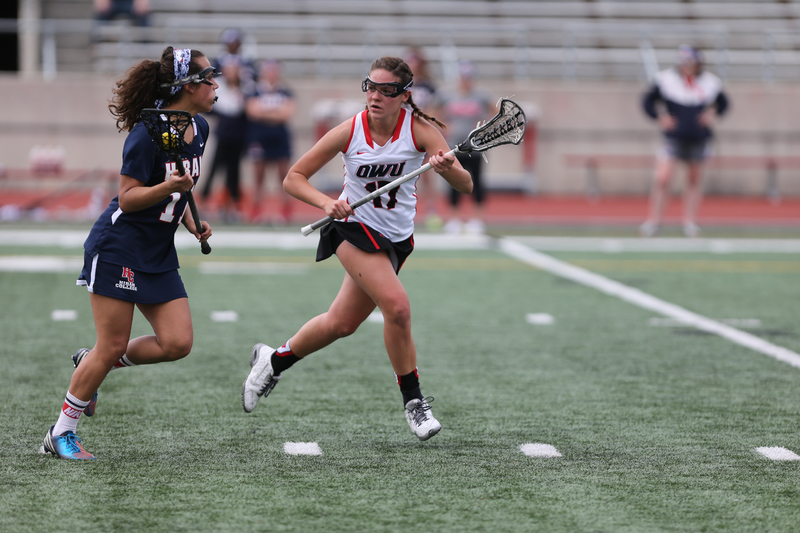 In the 1960s, women across the country had limited options when it came to college athletics. This was no different at OWU, where women were limited to intramural sports such as bowling and basketball. Besides being limited in choice, these women weren't seen as real competitors. A yearbook page from 1961 reads: “It's not always easy to tell who’s playing” and says they are “not as ‘rough and tumble’ as the men are.” After the passage of Title IX in 1972, which worked to decrease disparities in funding between men and women’s programs, many schools started shifting focus. The introduction of new teams expanded the opportunities women had in athletics and led to the programs we see today. Some of the most popular women’s teams today are contact sports such as field hockey and lacrosse.